Posted by The Guild
Blog

On Sunday, August 21, we joined nearly 50 other local restaurants in Pumphouse Park to serve up everything from chicken and lamb to rabbit and wild boar. Now in its second year, it was a true honour to be a part of this meat-centric fest, which catered to roughly 1,200 carnivores and beer lovers alike.

In true Alberta fashion, our own Executive Chef Ryan O’Flynn spent two days slow-roasting a 600 pound bison with birch and basting it in birch syrup. The tender bison was served on toasted bannock made with red fife flour and IPA spent grains from Big Rock, and topped with Dirty Bird Black Lager mustard, pickled cabbage, and smoked sour cream.

A portion of Brewery & The Beast‘s proceeds went to fund scholarship awards for the Butchery and Charcuterie Management program at SAIT and the Hawksworth Young Chef Scholarship Foundation. 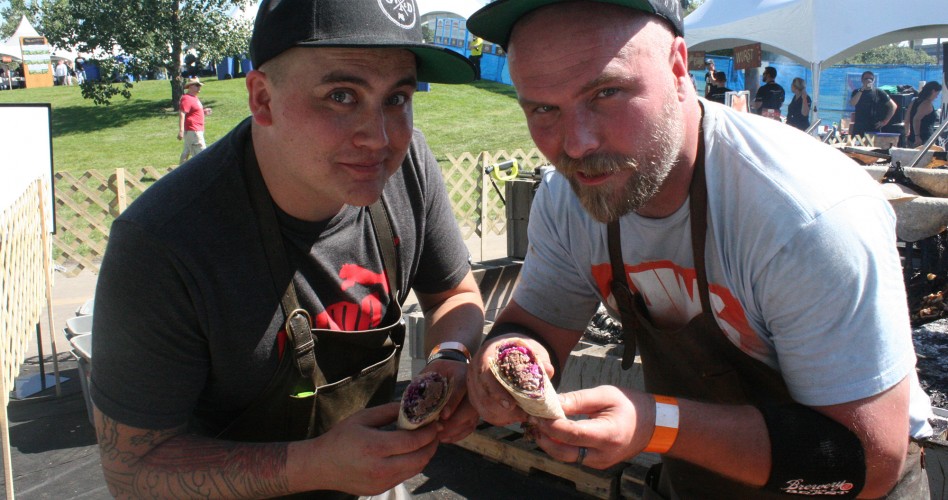